Michael and Kelly live in North Carolina, and this October Michael recreated a trip to Rhode Island they took on their 2nd anniversary (8 years ago!) as a romantic surprise for Kelly – with an even bigger surprise in mind!

When he reached out to us, Michael was already hitting some roadblocks with his original plans: The bed and breakfast they stayed in 6 years earlier was closed for Covid, and the little beach they knew of near that bed and breakfast was now inaccessible. Since he was planning this long distance from North Carolina, we did a lot of the legwork researching a new (comparable) location for him to pop the question! 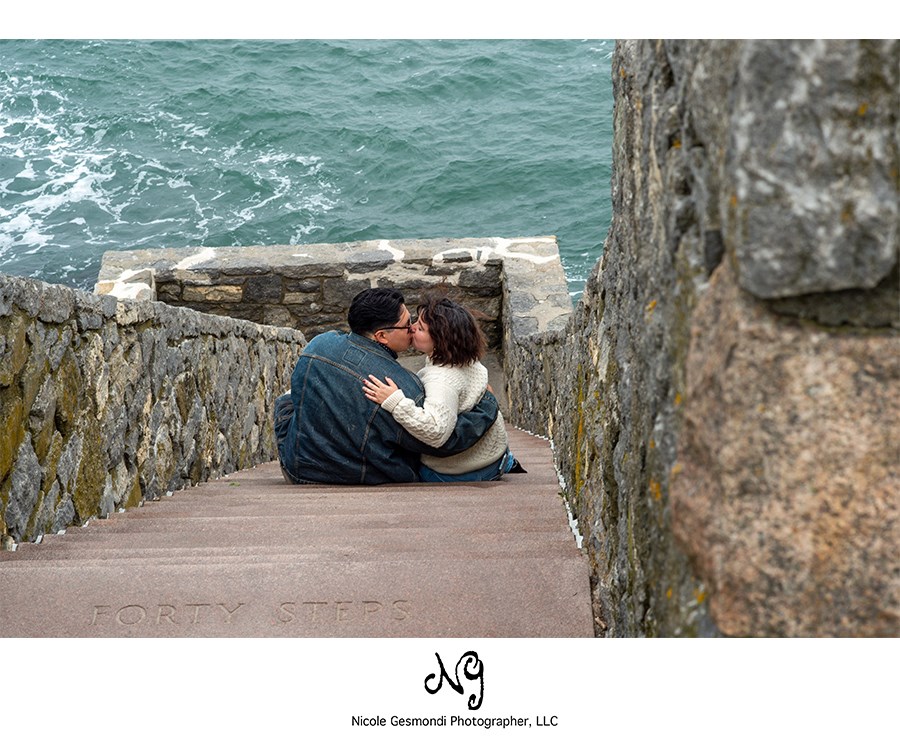 After Michael decided to lodge at the Christopher Dodge House in Providence, we suggested new coastal options in the Newport area with a similar vibe to the beachy area he originally wanted. He chose Easton's Beach and Cliff Walk, ideal for those traditional beach views but also for some iconic Newport cliff shots!

The forecast for the day of the big question was iffy (but nothing stops true love!) so he warned Kelly to pack a raincoat because he was hellbent on going to the beach while they were in Rhode Island. Smart man! No one wants to get caught in our crazy New England weather unprepared – even if it will end up being one of the best days of their life! Luckily, it stayed dry and overcast (which is great for photography) and everything worked out perfectly for the proposal – to which she said “Yes!” 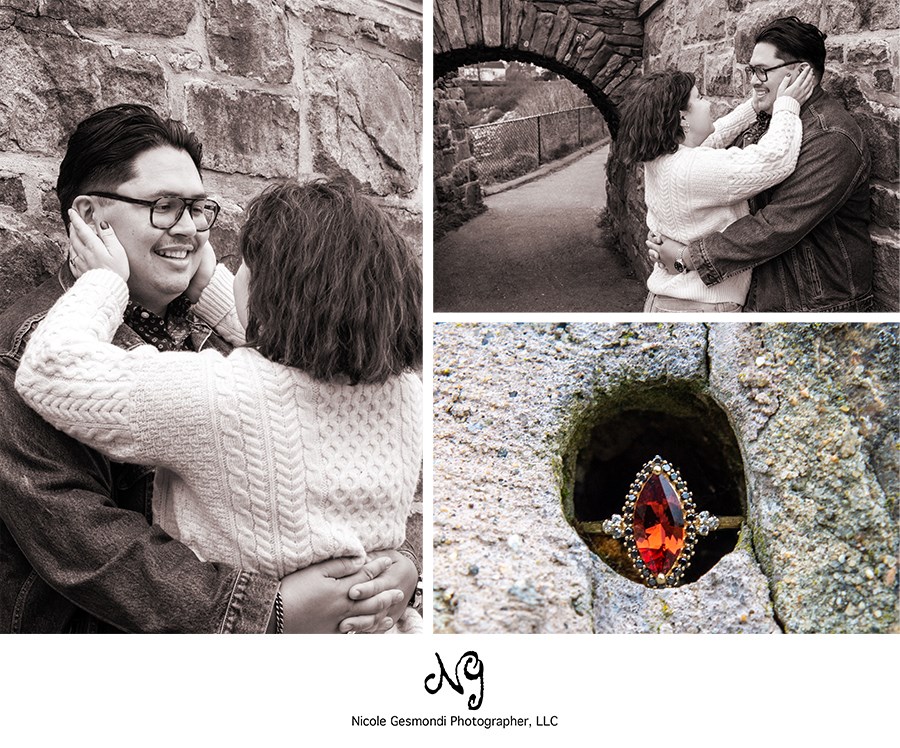 A little bonus fun for us: Kelly just so happened to bring Michael’s old 35mm Nikon film camera with them that day, so obviously since we are also Nikon fanatics, we used that as a prop in a few photos, too! 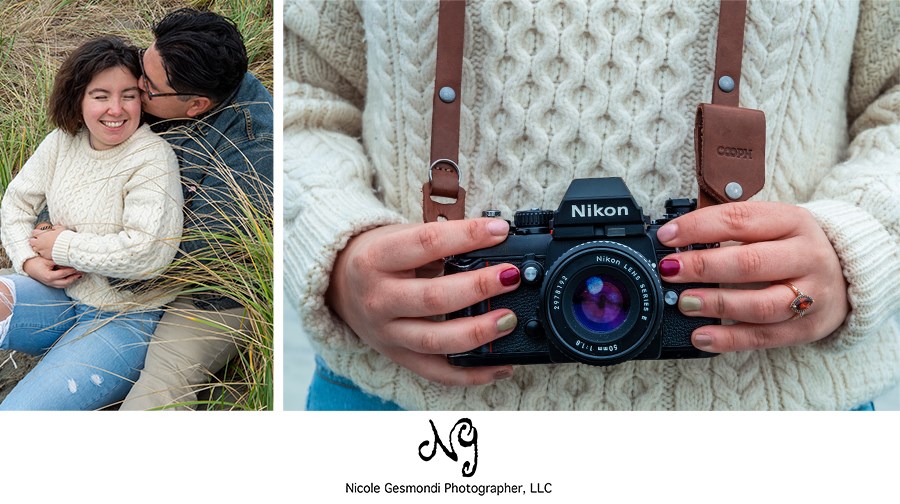 As little Q & A we did with Michael and Kelly after their session:

How did you meet?

Kelly and I met through a mutual friend. He was one of her close friends from high school and amazingly enough he became my roommate the second half of my sophomore year in college. He would always speak so highly of Kelly and once we all started hanging out as a group together Kelly and I got close.

Where was your first date?

Our first date was at Cox Farms,a small farm in Northern Va, during the fall. We went to their fall festival and rode on a hay ride, walked through a hilariously short corn field maze and got assaulted by goats at the petting zoo.

Why did you want to propose in RI?

Well we spent our first big trip going to RI our second year of dating. We both love the fall and fall foliage so RI was a must. We both fell in love with the RI atmosphere and the scenic beauty of the bay.

Why was it important to have the proposal photographed?

After discussing my plans with a friend of mine, he told me how awesome and intimate it was to have someone photograph his proposal; I decided we should do that as well.

What made you want to hire us for your proposal?

After doing some research into the “Best Wedding Photographer in Providence” I was lead to your website and just fell in love with all the photos on your Instagram.

What was your favorite part about working with us?

Just the communication and help with the proposal. My last memories of RI were from 6 years prior so you helped me find the perfect spot to propose.

Did we help solve any unexpected proposal day problems that may have come up during the day?

Yes definitely, we were very concerned about the rain on the proposal date so we thought of many different locations spots.

Was there anything that you learned about us and how we shoot that you didn't know ahead of time?

Yes two photographers were a surprise. I was greatly surprised that that much effort and passion would have been put in. Plus it was great to just have so many different photos to choose from.

Are you, or someone you know, planning a Newport Proposal and would like to learn more about our proposal photo packages? If so, head on over to our website and shoot us an email. We'd love to help plan with you!