Remember that really awesome same sex engagement session we photographed in Boston last spring? In case you missed this fun engagement session post, you can read all about it by clicking here. Fast forward to April, their wedding has finally arrived! 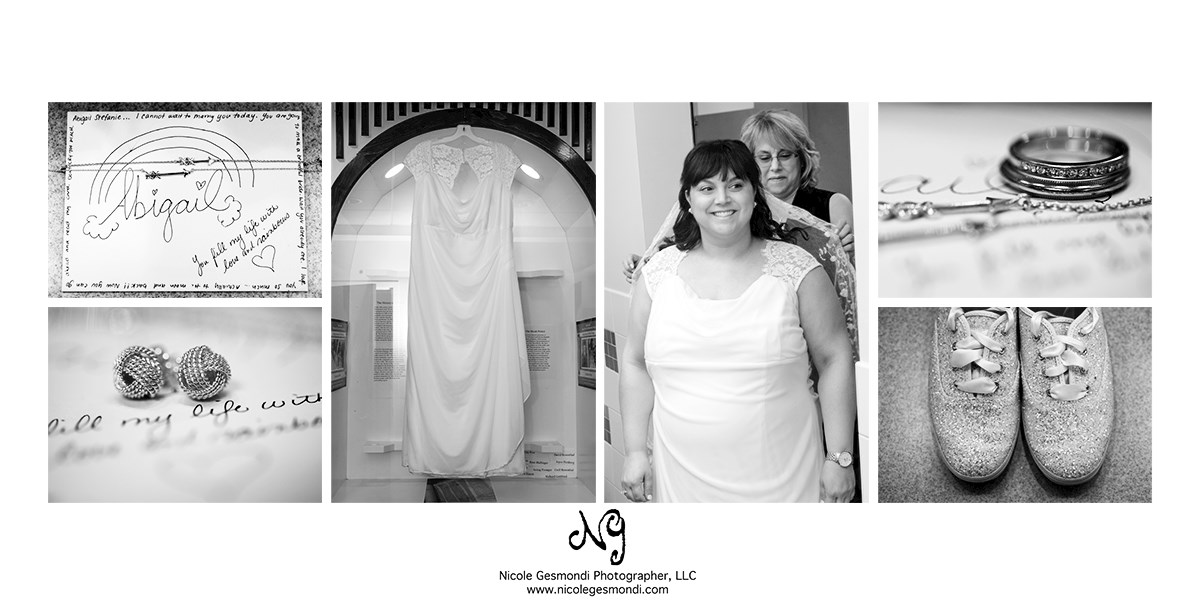 We started the day by meeting Abi and Larissa at Temple Israel Sharon where they were each getting ready. We coordinated their first look in the courtyard back to back reading handwritten notes to each other as they requested. It was so cute, I felt teary eyed while taking their photo! 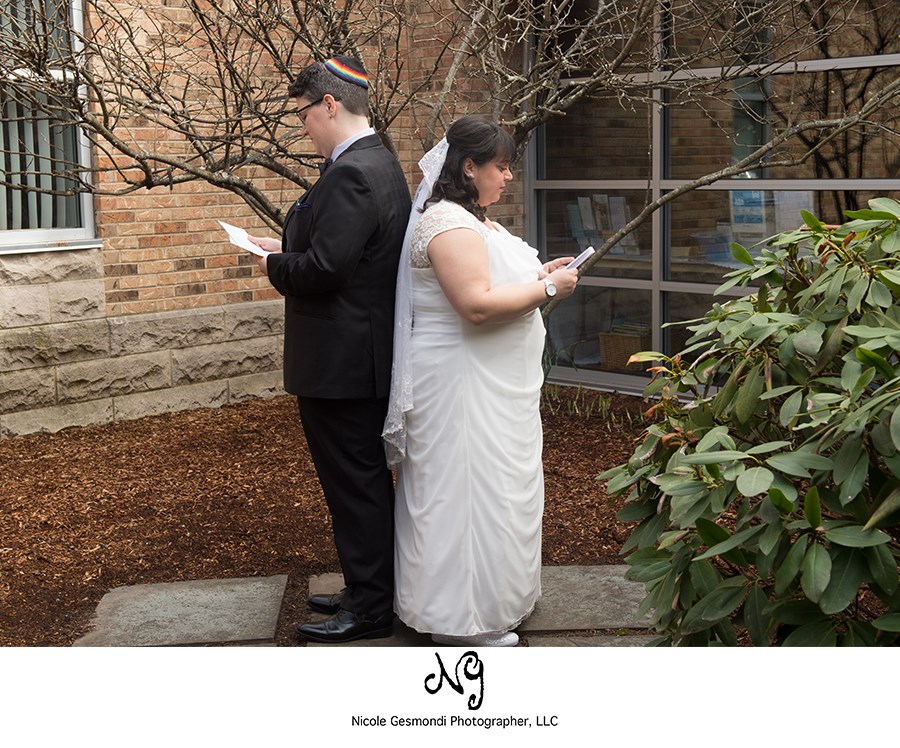 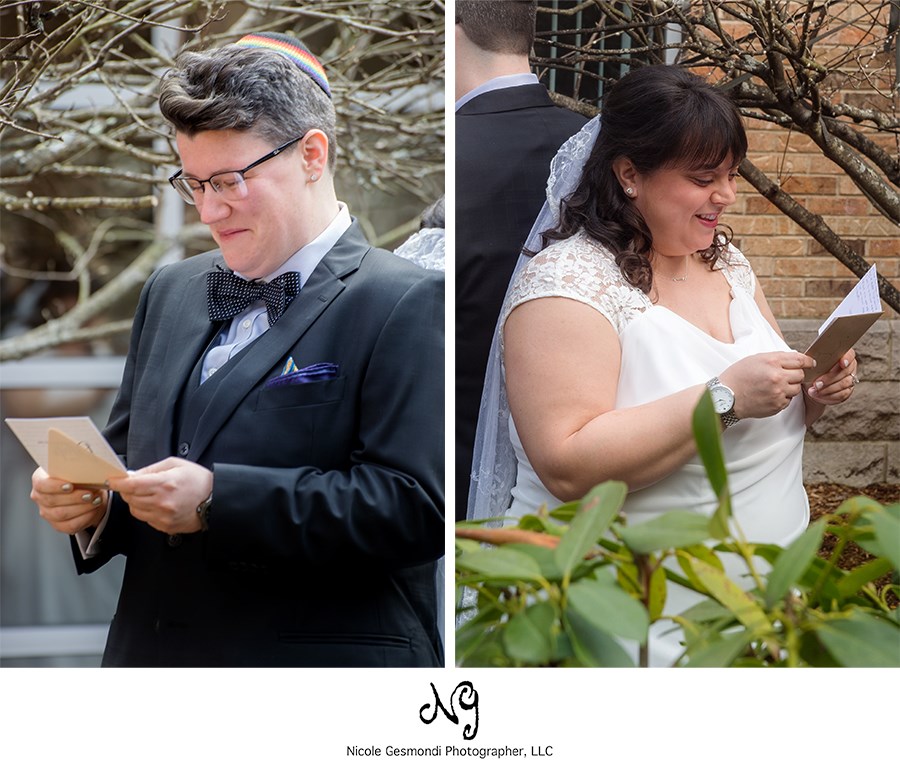 Family photos took place outside on the lawn before heading back inside for the signing of the ketubah.

I love witnessing Jewish ceremonies they are always so personalized. Even though Abi and Larissa had seen each other before the ceremony, they still were emotional during the ceremony. So sweet! 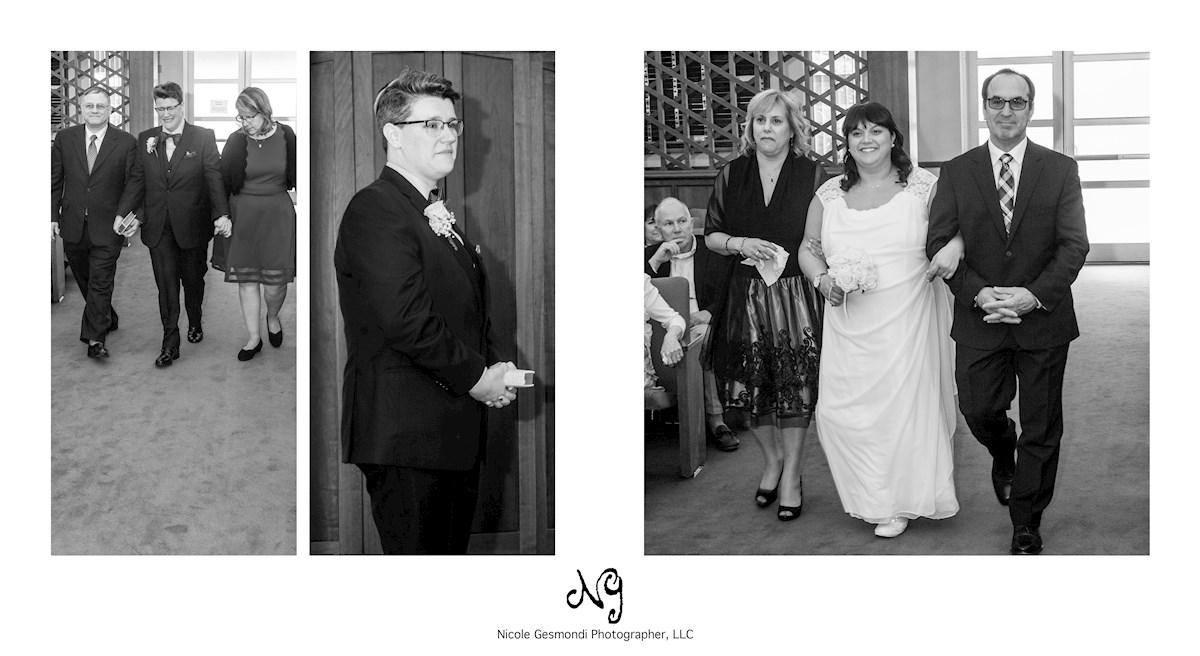 After the ceremony, we took Larissa and Abi outside for a few photos of the two of them while their guests headed over to the Mansfield / Foxboro Holiday Inn for a luncheon reception. These photos were very special since they were not on Larissa and Abi's wedding photos but also captured their maternity milestone. We of course scheduled an in studio maternity session for them but it was nice to be able to capture both important memories for them. 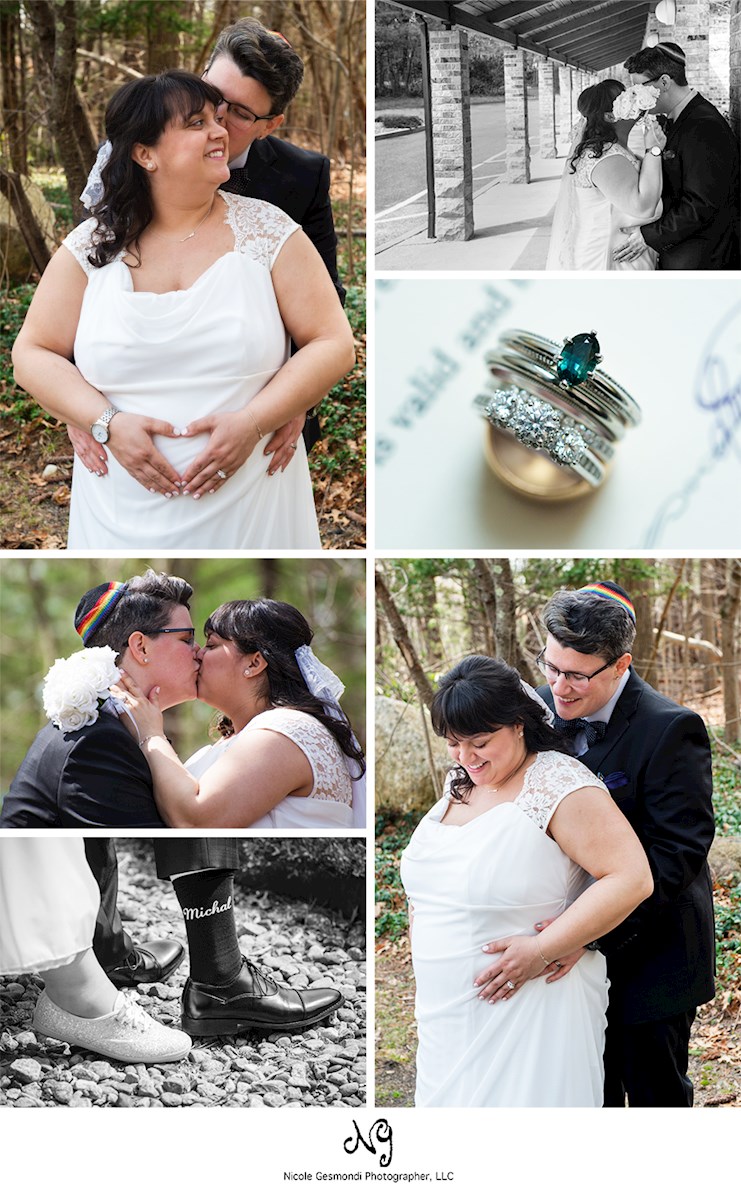 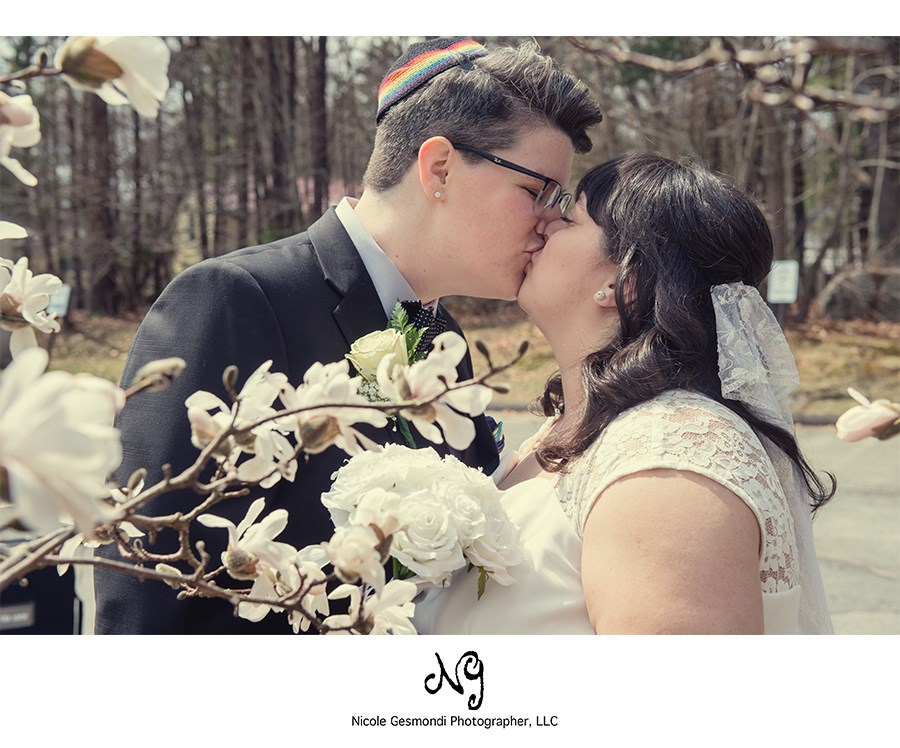 Abi and Larissa met in college while they were attending the University of Hartford so there were many fun college group photos taking place. Towards the end of the reception, a very special event took place that was the gender reveal of their twins. Not only was the gender a surprise to Larissa and Abi’s guests, but also to them as well! Guests received a glow stick and they all cracked them at the same time. The color of the glow stick would reveal the gender. Super cute idea! 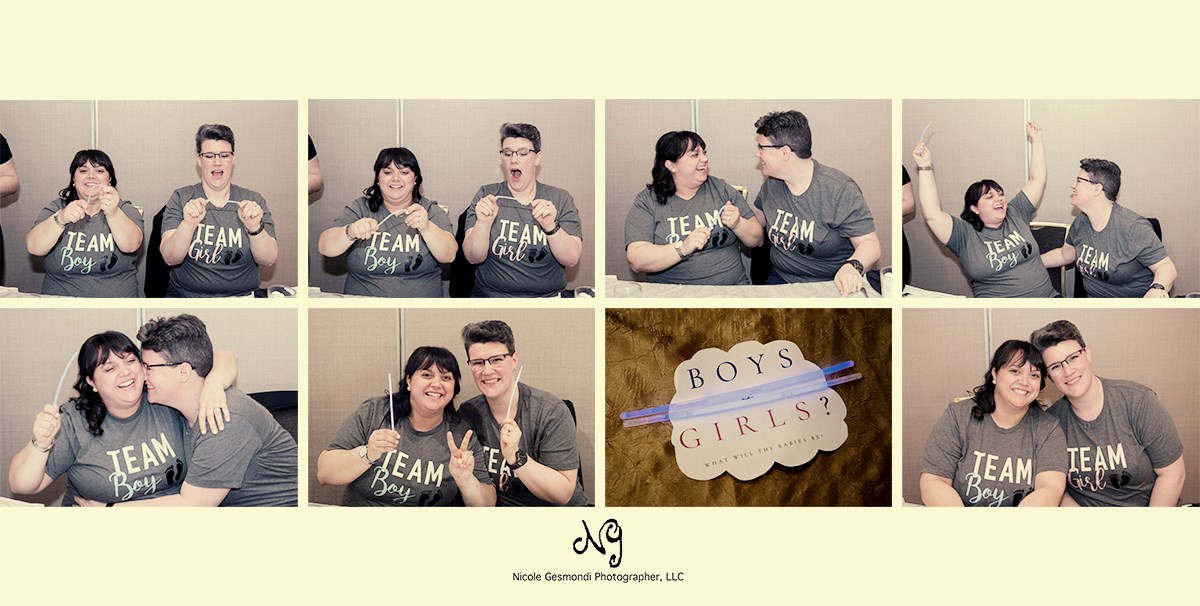